Jan. 13, 2013    It was easy to identify the lively flock of about fifty birds at the feeder  as Common Redpolls. Their sharply pointed bill and  the  black spot in the middle of the throat were my first clues to who these Arctic visitors might be.    Looking out the window through binoculars, the red crown-cap became obvious.  Unlike the Chickadees who take one seed, then fly off the eat it, the Common Redpolls have a pouch in their throat that allows them to store many seeds.  Redpolls spook easily and  arrive  and depart as a cohesive unit twittering cheerful notes in their flight.  LL 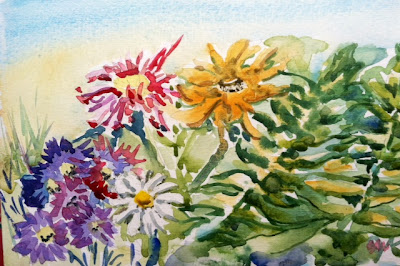 Who Lives in your Garden?